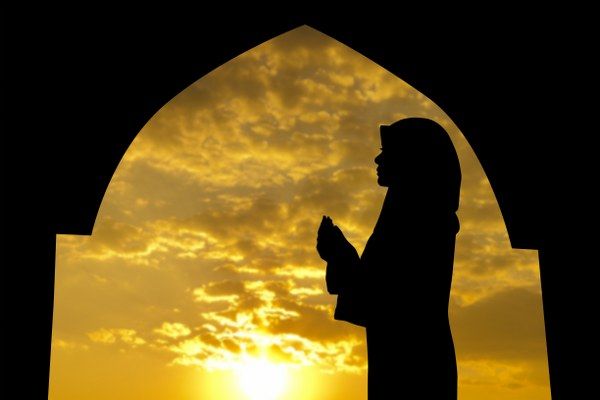 Respected scholars! Does Islam allow wife beating? Some husbands are violent and they say that the Quran allows them to beat their wives. Is there any logical explanation given regarding men being allowed to beat their wives, as stated in Surat An-Nisaa, verse 34?

In the Name of Allah, Most Gracious, Most Merciful.

All praise and thanks are due to Allah, and peace and blessings be upon His Messenger.

Dear questioner, we would like to thank you for the great confidence you placed in us, and we implore Allah Almighty to help us serve His cause and render our work for His Sake.

The verse you mentioned has been greatly misconceived by many people who focus merely on its surface meaning, taking it to allow wife beating. When the setting is not taken into account, it isolates the words in a way that distorts or falsifies the original meaning. Before dealing with the issue of wife-battering in the perspective of Islam, we should keep in mind that the original Arabic wording of the Holy Quran is the only authentic source of meaning. If one relies on the translation alone, one is likely to misunderstand it.

"According to Quran the relationship between the husband and wife should be based on mutual love and kindness. Allah says: "And among His Signs is this, that He created for you mates from among yourselves, that ye may dwell in tranquility with them, and He has put love and mercy between your (hearts): verily in that are Signs for those who reflect." (Quran: Ar-Rum 21)

The Holy Quran urges husbands to treat their wives with kindness. (In the event of a family dispute, Quran exhorts the husband to treat his wife kindly and not to overlook her positive aspects). Allah Almighty says: “Live with them on a footing of kindness and equity. If ye take a dislike to them it may be that ye dislike a thing, and Allah brings about through it a great deal of good.” (Quran: An-Nisaa 19)

It is important that a wife recognizes the authority of her husband in the house. He is the head of the household, and she is supposed to listen to him. But the husband should also use his authority with respect and kindness towards his wife. If there arises any disagreement or dispute among them, then it should be resolved in a peaceful manner. Spouses should seek the counsel of their elders and other respectable family members and friends to batch up the rift and solve the differences.

However, in some cases a husband may use some light disciplinary action in order to correct the moral infraction of his wife, but this is only applicable in extreme cases and it should be resorted to if one is sure it would improve the situation. However, if there is a fear that it might worsen the relationship or may wreak havoc on him or the family, then he should avoid it completely.

Quran is very clear on this issue. Almighty Allah says: "Men are the protectors and maintainers of women, because Allah has given the one more strength than the other, and because they support them from their means. Therefore, the righteous women are devoutly obedient and guard in the husband's absence what Allah would have them to guard. As to those women on whose part you fear disloyalty and ill-conduct, admonish them (first), (next), refuse to share their beds, (and last) beat them (lightly); but if they return to obedience, seek not against them means (of annoyance); for Allah is most High and Great (above you all). If you fear a breach between them twain, appoint (two) arbiters, one from his family and the other from hers. If they wish for peace, Allah will cause their reconciliation; for Allah has full knowledge and is acquainted with all things." (Quran: An-Nisaa 34-35)

It is important to read the section fully. One should not take part of the verse and use it to justify one's own misconduct. This verse neither permits violence nor condones it. It guides us to ways to handle delicate family situation with care and wisdom. The word "beating" is used in the verse, but it does not mean "physical abuse". The Prophet (p.b.u.h.) explained it "dharban ghayra mubarrih" which means "a light tap that leaves no mark". He further said that face must be avoided. Some other scholars are of the view that it is no more than a light touch by siwak, or toothbrush.

Generally, the Prophet (p.b.u.h.) used to discourage his followers from taking even this measure. He never hit any female, and he used to say that the best of men are those who do not hit their wives. In one Hadith he expressed his extreme repulsion from this behavior and said, "How does anyone of you beat his wife as he beats the stallion camel and then embrace (sleep with) her?” (Al-Bukhari, English Translation, vol. 8, Hadith 68, pp. 42-43)

It is also important to note that even this "light strike" mentioned in the verse is not to be used to correct some minor problem, but it is permissible to resort to only in a situation of some serious moral misconduct when admonishing the wife fails, and avoiding from sleeping with her would not help. If this disciplinary action can correct a situation and save the marriage, then one should use it."

"If the problem relates to the wife's behavior, the husband may exhort her and appeal for reason. In most cases, this measure is likely to be sufficient. In cases where the problem persists, the husband may express his displeasure in another peaceful manner, by sleeping in a separate bed from hers. There are cases, however, in which a wife persists in bad habits and showing contempt of her husband and disregard for her marital obligations. Instead of divorce, the husband may resort to another measure that may save the marriage, at least in some cases. Such a measure is more accurately described as a gentle tap on the body, but never on the face, making it more of a symbolic measure than a punitive one.

Even here, that maximum measure is limited by the following:

a. It must be seen as a rare exception to the repeated exhortation of mutual respect, kindness and good treatment. Based on Quran and Hadith, this measure may be used in the cases of lewdness on the part of the wife or extreme refraction and rejection of the husband's reasonable requests on a consistent basis (nushuz). Even then, other measures, such as exhortation, should be tried first.

b. As defined by Hadith, it is not permissible to strike anyone's face, cause any bodily harm or even be harsh. What the Hadith qualifies as "dharban ghayra mubarrih", or light striking, was interpreted by early jurists as a (symbolic) use of siwak! They further qualified permissible "striking" as that which leaves no mark on the body.

c. The permissibility of such symbolic expression of the seriousness of continued refraction does not imply its desirability. In several Hadiths, the Prophet (p.b.u.h.) discouraged this measure. Here are some of his sayings in this regard:

"Do not beat the female servants of Allah";

"Some (women) visited my family complaining about their husbands (beating them). These (husbands) are not the best of you."

In another Hadith the Prophet (p.b.u.h.) is reported to have said: “How does anyone of you beat his wife as he beats the stallion camel and then he may embrace (sleep with) her?”

d. True following of the Sunnah is to follow the example of the Prophet (p.b.u.h.) who never resorted to that measure, regardless of the circumstances.

e. Islamic teachings are universal in nature. They respond to the needs and circumstances of diverse times, cultures and circumstances. Some measures may work in some cases and cultures or with certain persons but may not be effective in others. By definition, a "permissible" act is neither required, encouraged or forbidden. In fact it may be to spell out the extent of permissibility, such as in the issue at hand, rather than leaving it unrestricted or unqualified, or ignoring it all together. In the absence of strict qualifiers, persons may interpret the matter in their own way, which can lead to excesses and real abuse.

f. Any excess, cruelty, family violence, or abuse committed by any "Muslim" can never be traced, honestly, to any revelatory text (Quran or Hadith). Such excesses and violations are to be blamed on the person (s) himself, as it shows that they are paying lip service to Islamic teachings and injunctions and failing to follow the true Sunnah of the Prophet (p.b.u.h.)."