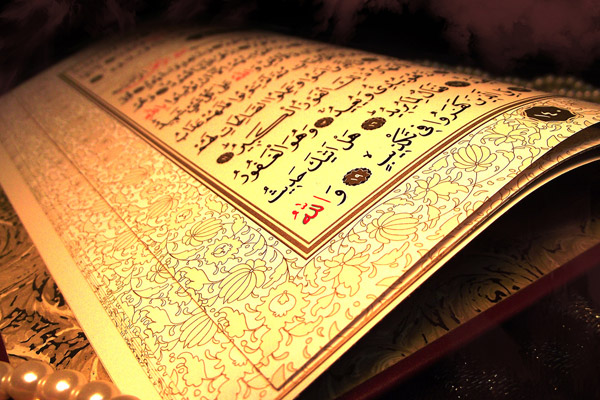 The believer is not one who performs the ordained religious duties superficially and avoids what is forbidden only, but he is one whose faith is absolute, with no objection whatsoever arising in his heart and no obsession dwelling in his soul. The more hardships he faces, the more his faith grows and the more his submission strengthens.
He could pray and not see a trace of an answer to his prayers, yet he does not change because he knows that he is owned by One who deals with him in whatever way He chooses. For if an objection was to arise in his heart, he then forsakes the role of the slave and takes on the role of a protester such as that of Iblees (the devil).

A strong faith unveils itself in strong hardships.

A believer sees in Yahya, son of Zakariyya, a fine example. He was killed by a tyrant who confronted him, yet He (subhanahu wa ta`ala), who made him a prophet, did not intervene nor defend him.

Similarly, all the tyranny that befell the prophets and the believers was not held back from them. If one goes to think that Divinity cannot answer for them then one is an unbeliever. However, if one believes that Divinity can answer for them but chooses not to, and that God (subhanahu wa ta`ala) can make the believers go hungry while infidels are full and inflict the believers with sickness and grant the infidels health, then one is only left with submission to the Owner even when tormented or scorched.

Jacob cried for eighty years when Joseph son of Jacob (peace be upon him) was gone, he never gave up; all he said when his other son was gone too is “May God bring all of them back to me”.

Moses (peace be upon him) prayed against Pharaoh, who killed children and crucified magicians and cut their hands, for 40 years before he was answered.

In such submission the intense of one’s strong faith is manifested not in mere rak`at (bowings in prayer).

So many of those who glorify Qadar were afflicted with tribulations and this did not increase them except in submission and pleasure (with their Lord), and there lies an explanation of the meaning of His words, "Allah is pleased with them" (Quran/5:119 and elsewhere).

Al-Hasan Al-Basree said: "People are the same in health but when hardship befalls they show distinction."